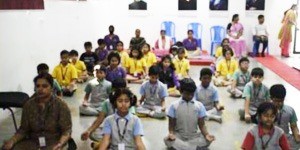 “If all children above eight years of age can meditate this world will be a lot better place.” According to the Indian Journal of Medical Research (IJMR) about 20-25 per cent of young people suffer from mental and substance use disorders (MSUDs) worldwide. A lapse of concentration is prevalent in the younger generation.
Putting emphasis on mental health Under the auspices of the Azadi Ka Amrit Mahotsav, the Ministry of Culture has collaborated with Art of Living to engage youth in mental health education and to provide them with meditation practices for improved health and wellness. ‘Har Ghar Dhyan’ is one such project launched by Gurudev, along with the Honorable Chief Minister of Karnataka Sri Basavaraj S Bommai. This is a Mental Health Project where the Art of Living teachers will be engaged as Meditation Coaches. 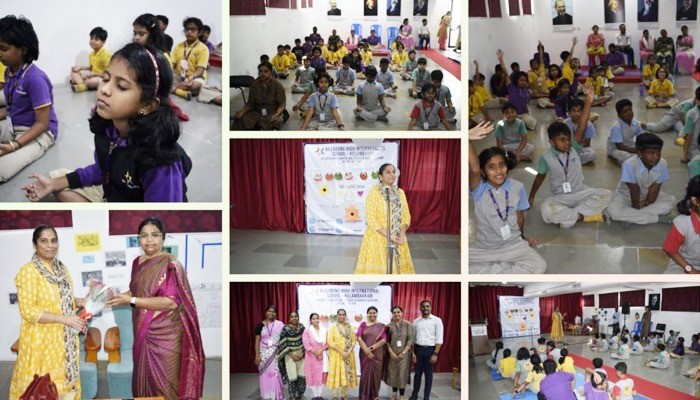 Billabong had the chance to receive meditation instruction from Ms. Lavanya Subramanian, a faculty member of The Art of Living and the state coordinator for youth and children’s initiatives in Tamil Nadu. Our beloved principal attended the training session, and the students’ engaged participation made for a memorable day. The day’s goal was to teach students how to meditate so that they can benefit from its calming, balancing, and promoting effects on their emotional and physical health.

‘Those who know, do. Those that understand, teach. Because teaching is the highest form of understanding.’ –Aristotle 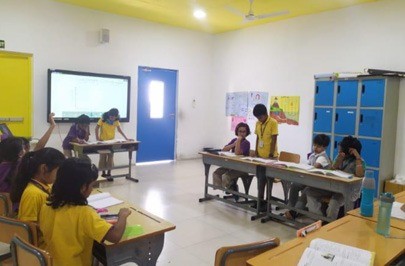 We as parents and teachers have a role to educate our children but not making this education an end, but rather a means to an end. The result being making education an enjoyable process of self-discovery where every child learns and discovers on a continuous basis their inner talents, how these talents influence the world around and how the world can be made a better place to live in the future.

Formal Career guidance is a must-do process in the new Educational Development Plan 2020 set by the government. Some universities have started teaching this as a formal master’s program so that these graduates can go to schools and conduct formal career guidance to students so that they continuously think about their future while at school.

Our school educators are following a two-pronged approach. The first stop is continuous monitoring, assessment and advise students about their strengths in languages, logical reasoning, sciences, communication, art, music, and physical activities and making the students to work on these strengths to find their unique potential to influence the future world. The second method is to expose students to careers early on in their student life which is from grade 8 or 9 onwards where they build their individuality and are continuously interacting with peers and elders to know what is there for them in the future.

The success rate of a child landing in his or her right career has an inside out view and an outside in view and both views are important to understand. The inside out view should tell the child whether the chosen career gives them personal satisfaction, a sense of fulfillment and a means to influence the world towards a better tomorrow. The outside in view should see the child never looking for a job but rather jobs looking for them, it should see the child growing steadily towards achieving not just recognition and appreciation but the ability for the child to bring even better talent to the same career in the future.

Children are our future. If we want a better future, then we adults must work today and build a career for our children not by making our children do what we think is right but rather what they think will be their best fit between skills, capabilities and the needs of the world.

Is the younger generation heading for a new phase of technology addiction?

A 2011 UNICEF report estimated India’s population of adolescents to be around 243 million. A huge chunk of this demographic is also the likely target of internet service providers, as the average age of the web surfer gets younger every year.
With landline phones all but phased out worldwide, it is no surprise to see toddlers and preschoolers being allowed to use (and usually master) their parents’ electronic devices.
Despite the uneven spread of broadband internet in India, the love for smartphones and other hand-held electronic devices has exploded across nearly every sphere of life, and overturned ultimately, the way we behave. The pandemic further has introduced online education into everyone’s life, spinning a web with far-reaching changes.

Getting over-involved
It is very difficult to control gadget addiction, because it increases every day. Parents would have bought the children an electronic device worth lots of money, but it gets outdated after six months. Keeping updated is a constant struggle.

Cases of children turning suicidal over not owning a gadget of their choice are getting more common.

Being online constantly and seeing their parents using e-commerce portals, children are getting too accustomed to instant gratification, say doctors.

The internet-using generation of children has grown phenomenally in India since the year 2000. These digital natives see internet as a basic necessity. In the bargain, there is a compulsive desire not to wait for something to happen. Instant gratification is the worst for a child, because they don’t want to grow up to know how difficult it is to achieve or buy something.

Parenting puzzle
Parents, on the other hand, remain divided on the spread of gadget addiction. Some feel that a complete ban on technology products would never work in today’s competitive world.
Earlier, children could ask a teacher or visit the library for help with their lessons. Today, they use Google.
Children who don’t own their own devices tend to use their parents’ phones until they are old enough. But very often parents fail to check or specify limits on the time they may spend on the gadgets.

This has led to many children suffering from changed sleeping and eating patterns directly linked to phone overuse.

Adult problems
Using gadgets for babysitting is not a new phenomenon. But the isolation that handheld electronics force upon their users can have serious side-effects.

Adult health problems like weak eyesight, chronic upper body pain and even carpal tunnel syndrome due to prolonged use of smartphones and tablet computers are becoming more common among youngsters today. Of greater concern is their loss of social skills, and the ability to interact with the world outside the internet clique. Overusing gadgets affects sleep patterns, so most children are too tired and late for school. This affects not just academics, but also their relationship with other children.

Use and abuse
Stories of children ordering products on the sly with their parents credit cards are also getting common. Accidental purchases made due to parents leaving their card information on e-forms are another problem.

This is because, unlike a human parent, a gadget will not say “don’t do this”. So though there are good things about the internet, there is only a small difference between its use and abuse.

You are a gadget addict if:
1. You get anxious and irritable if you don’t have your favorite electronic gadget with you
2. You feel very upset when nobody responds to your latest online post
3. You have experienced chronic pain or developed spinal and posture problems due to overusing gadgets
4. You have forgotten how to have a face-to-face conversation with another human being
5. You find it difficult to separate your online persona (such as a character in a video game), from your offline (real) self
6. You have often used your gadget secretly late into the night to shop or visit websites with inappropriate content
7. You are ready to kill yourself if you don’t own the latest gadget
Tips for parents and teachers
1. Spend more time with your children; gadgets are more appealing when kids are lonesome
2. Set the limits on gadget usage and also on the type of device, and write it down as a contract to prevent arguments later
3. If your child is in the habit of sharing your device, make sure sensitive information like bank card details or office projects are out of his or her reach through encryption
4. Don’t buy a gadget because your children want to fit in with their social group. Buy it only if you are convinced of its utility (for them) and affordability (for you)
5. Create tech-free zones at home and in the class
6. See if you are setting a good example by being a judicious user of gadgets yourself

Getting Students out of the Box – Outdoor Learning 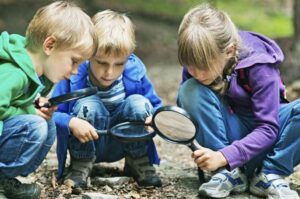 Today, with practically limitless access to electronic devices and the Internet, it may seem that for students it is enough to open a website that contains information about forests to be satisfied. However, exploring the world with the help of computers is not as effective as taking students out of the classroom and letting them see the real world with their own eyes.

You can find Inspiration outside…

Why do teachers love Outdoor activities?

Outdoor learning is getting more popular because students usually benefit from being involved into different activities. First of all, theoretical background should always be supported by experience-based learning. Learning outside the classroom helps children feel the nature better and become more concerned about the environmental issues, which is also crucial today.

By learning outside the classroom together, students become closer with each other and learn how to collaborate and perform teamwork. Another important outcome of the outdoor education is that students improve their social skills and experience their individual growth. This makes sense because what a student is afraid of doing in a formal classroom setting, he/she can easily do outside because he/she won’t have any psychological limitations and will be more relaxed. 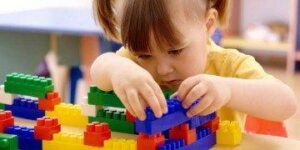 How do identify if my child is a critical thinker?

Being able to say whether a child can agree or disagree with something, and why, is a sign that the child is thinking critically.
For example: you can encourage the child to give instances or reasons that show why they agree or disagree with something.
Also, suggest further to probe the child on their perspective of right or wrong, true or false, okay or not okay on different instances/scenarios/situations.
In other words, let the child take the position or be in that situation, evaluate, if necessary, eliminate. 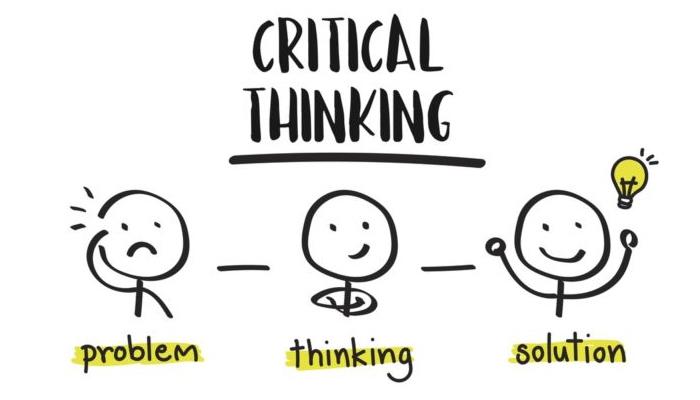 The best way to develop the habit of critical thinking in children is by encouraging into a habit of questioning about his/her opinion and thoughts.

There are some simple ways to try out this:

Requisites to become a critical thinker

If the child is to become a critical thinker, he/she must be a good listener with good questioning skills. Being a good listener means not just stopping yourself from talking, but it is an attempt to understand, giving the other person space to think and talk, and also not imposing your thoughts or inferences on them.