Awards Instituted in our School 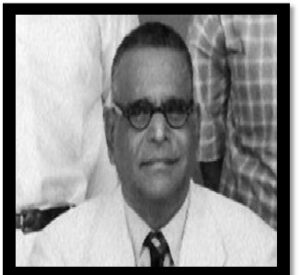 (Late) Dr. Hussain Nainar was a great academician, a scholar of the Arabic language and also Persian and Urdu languages. Dr. Hussain Nainar was one of the pioneer professors of languages and linguistics in the University of Madras in the 1940s till the early 1960s. He was also working for the University in Indonesia as a visiting professor in the same period. Dr. Hussain Nainar was a disciplined and dedicated researcher and scholar and moved in the top academic circles in the coun- try to make India one of the pioneer hubs of academic research in the field of languages, culture, and history in his prime period. He has several volumes of books in his name and also researched a lot on the subject of the influence of the Arab world on Indian languages and Indian culture. The chairperson of the school, Mr. Yasir Nainar is blessed to be Dr. Hussain Nainar’s grandson. The school dedicates an annual rolling trophy for the best House that performs well in activities, sports, and conduct of school events in the name of Dr. Hussain Nainar.

Dr. Munawwar Nainar Trophy for the Best All Rounder 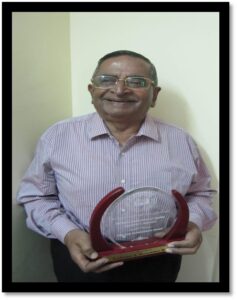 Dr. Munawwar Nainar has followed the footsteps of his father, Dr. Husain Nainar to research about the Arabic language and has acquired degrees from the prestigious Cairo University in Egypt in the year 1959 and also from the University of Delhi in 1962 and the doctorate from JNU Delhi in the year 1981. He was a Professor of the Arabic language in JNU New Delhi and has also served in the panel of interpreters and translators for the Government of India, New Delhi. Dr. Munawwar Nainar was a diplomat in the Embassy of India, Jeddah from the year 1969 – 1971 and then later returned to India to work in the Jawaharlal Nehru University, New Delhi after which he left for Qatar where he retired and returned to India in the year 2012. He currently resides in Trichy where he spends his time reading and writing about the Arabic lan- guage. Dr. Munawwar Nainar is the founder member of the DPS Modern Indian School that he started along with his son Mr. Yasir Nainar and other Indians in Doha Qatar. He is a dedicated Arabic linguist and has several books and articles written for the advancement of the language in India. Dr. Munawwar Nainar is also the recipient of the Life Time Achievement Award in the year 2016 from the forum of Arabic language teachers in New Delhi, India. The school dedicates an annual overall proficiency award for outstanding overall performance academics, sports, and activities in the name of Dr. Munawwar Nainar. 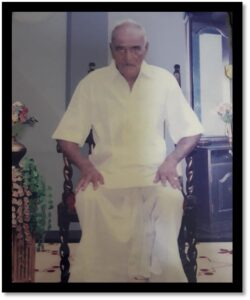 (Late) Mr. Sangupatti Raju was a cotton merchant and civil contractor in the British era. Though he comes from a simple family, his energy and commitment made him a role model for hard work and self-motivation. He understood the importance of education and established several educational institutions and hospitals while he was young. Mrs. Krithuka, wife of Mr. Rajesh Navanithan, one of the founders of Vivartana Ventures, our infrastructure partners is the proud grand- daughter of Mr. Sangupatti Raju. The school dedicates an annual academic proficiency award for outstanding academic performance in the name of Mr. Sangupatti Raju. 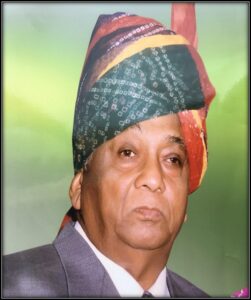 (Late) Mr. Amrit Lal Chopra was a humble and simple person, who became one of the top lawyers in Rajasthan High Court in Jodhpur Rajasthan. He dedicated his life to the cause of social service and believed in education as a change agent for a bright future of the society. It was his hard work, dedication, and passion towards his vision, that gave him a respectable position in the professional circles of the Law practice in Rajasthan High Court, Jodhpur. He was practicing and a well- respected lawyer of this court from 1957 till 2004 when he left this world for his heavenly abode. (Late) Mr. Amrit Lal Chopra has left behind four children to carry on the legacy of education and social service and hence one of the sons is a practicing lawyer following in the footsteps of his father. The school dedicates an annual academic proficiency award for outstanding academic performance in the name of Mr. Amrit Lal Chopra. 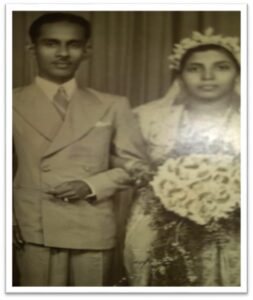 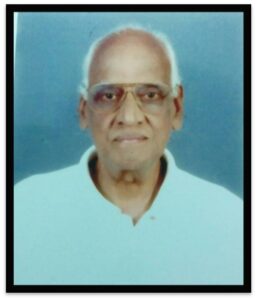 (Late) Mr. G N Mani (1930 to 2018) was a vibrant, exuberant and enthusiastic human being in his long life. He was born in an academic family and after his schooling and engineering in Kerala and Tamil Nadu, he did his M Tech in Electrical Power in the Indian Institute of Science, Bangalore. He belonged to the very first post-graduate batch of Electrical Power in India. G N Mani joined Crompton in 1953, his first job, and retired from Crompton in 1998, after a 45 year distin- guished career in Manufacturing, Marketing, and Projects. He served only one company throughout his career from Trainee to Senior Vice President. Along the way, he also devoted considerable time to Cricket and Tennis. For many years, he was a playing member and patron of Amar Cricket Club, Gymkhana Club, Gandhinagar Club, and the Besant Nagar Club. He had encouraged and supported cricketers like Krish Srikkanth, K Arunkumar, D Vasu in their younger days. The school dedicates an annual sports proficiency award for outstanding performance in the field of sports in the name of Mr. GN Mani. 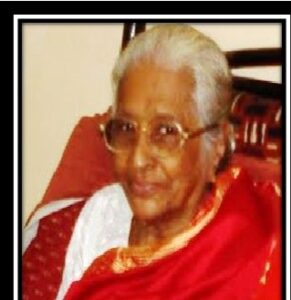 (Late) Mrs. Lourde Regina David was into full-time teaching and mentoring first with her four children and after they grew up she began her teaching career by taking private tuition for small kids at home. It was more for the burning passion in her than for the money that she took up teaching. Passion turned into a hobby and she relished every moment of it. During her service Mrs. Regina David used to get the best teacher award almost every year so much so that the management insisted that she continues to serve even past her 67+ years of service. Mr. Cyril Anand, the founder and Chairperson of Vivartana Ventures is blessed to be the grandson of Mrs. Regina David. 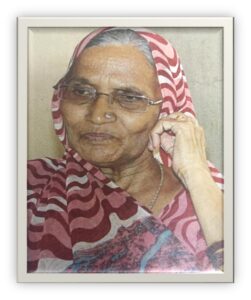 Mrs. Kamla Chopra is the mother of our Finance director Mr. Rajesh Chopra and the wife of Mr. Amrit Lal Chopra.            Mrs. Kamala Chopra was the master mind behind educating her future generations. Her proud son Mr. Rajesh Chopra dedicates his achievements to his mother as she was the reason behind his success. 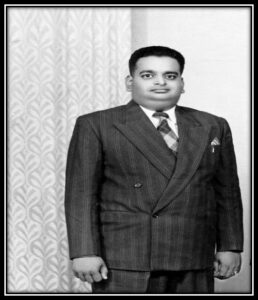